IT IS ORDERED THAT THE DEFENDANT BE ARRESTED:

… at any place within your jurisdiction, and thereafter be presented forthwith and without unnecessary delay before the Municipal Judge of Whitefish, or if s/he is absent or unable to act then before the nearest and most accessible judge or magistrate to be granted an appearance in accordance with law.

On March 3, 2016 the Defendant was arrested and charged by a Whitefish police officer with two (2) misdemeanor crimes presented in complain E 08256. She posted the requisite appearance bond through Central Montana Bail Bonds, Inc. and was released from custody pending adjudication of the case.

Subsequently, the Defendant fail to appear in open court as instructed. Attempts to contact her have brought no response. On March 18, 2016 the Court timely sent the requisite notices to the bondsman and the the Defendant’s indicated address. Defendant has failed to come forth. 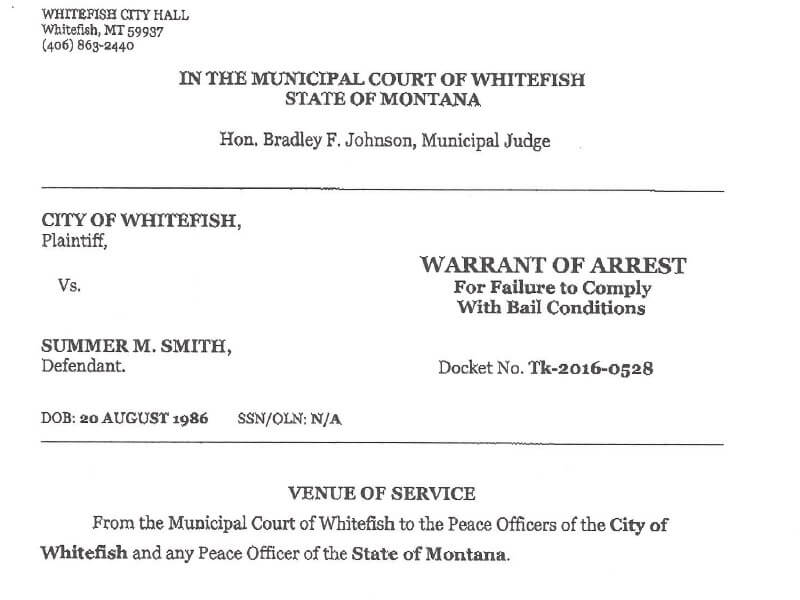