Elton Belgarde wanted in Billings Montana for Failure to Appear in Judith Basin County, Montana and is now considered an active fugitive from justice and wanted by Central Montana Bail Bonds Billings bail office, Billings Police Department, Judith Basin County Sheriff and possibly other authorities. Elton Belgarde wanted and may be in hiding at certain locations in Billings, MT. Belgarde may also be wanted for additional warrants in other jurisdictions.
We have been informed by the boxing club where he used to mentor that his drug habit has affected him in a negative way and should not be around children, which is why we ask that you call CMBBI or local law enforcement and DO NOT APPROACH Elton Belgarde!

Last known whereabouts of the fugitive, Elton Belgarde, was at his home in Billings, Montana. We have been informed that he may be in hiding at friend or family homes in the area. We warn any family or friend reading this that it’s time to do the right thing and turn in Belgarde.

You are a wanted person Elton Belgarde; and if you are reading this important wanted message right now, we need you to contact Central Montana Bail Bonds Billings; Yellowstone County Bail Bonds Division immediately about your warrant and to clear your bail bond at 406.350.2245.

If you do not contact our Billings bail bonds office about your bail immediately, we will begin legal proceedings against you and your cosignor to recover any and all fees about your bail forfeiture.

Mr. Belgarde, please take notice that CMBBI of Billings Montana will relentlessly pursue you until you are returned to custody and the obligations of your bail bonds contract have been fulfilled. You must contact our office right now at (406) 350-2245 to turn yourself in.

Or, if you know the whereabouts of Elton John Belgarde and want to claim a substantial REWARD for information leading to his capture; please click the button below to send CMBBI bondsmen information and CMBBI bail bond agents will contact you immediately. Reward will be issued upon his capture and naturally, your information will be kept completely confidential.

ATTENTION: Elton Belgarde is a wanted fugitive for a Failure to Appear. Please DO NOT attempt to apprehend. Please call Central Montana Bail Bonds at (406) 350-2245 or your local law enforcement agency. 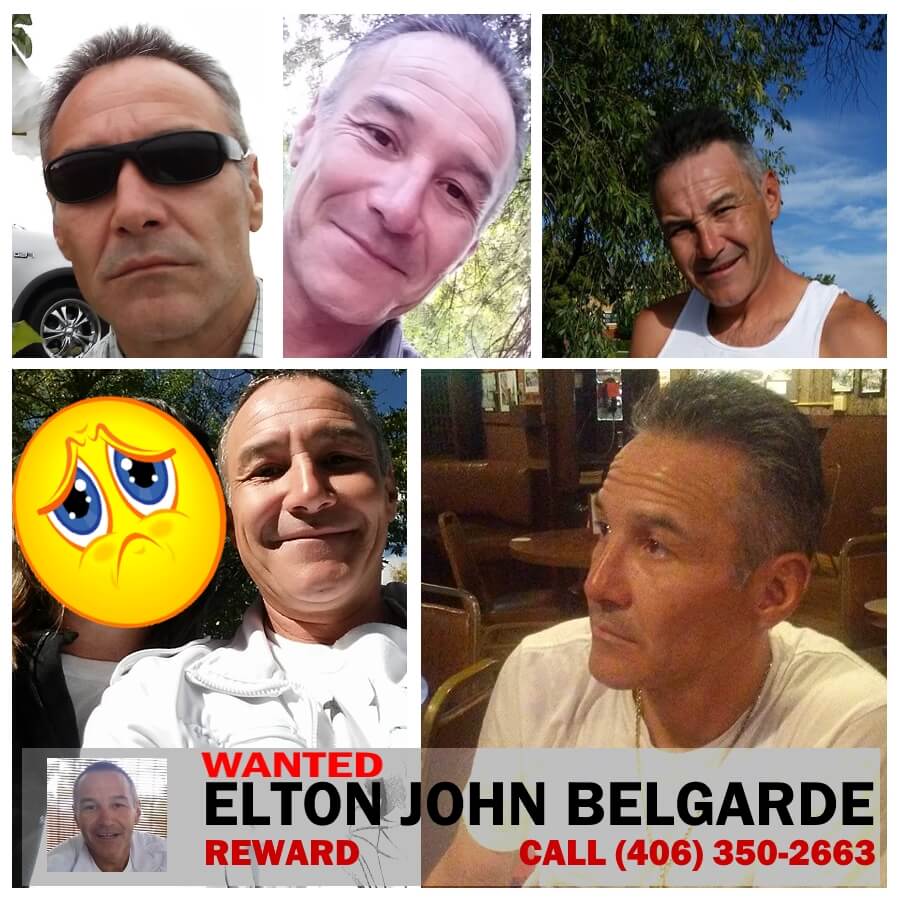