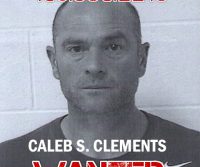 Caleb Clements wanted in Belgrade Montana for Failure to Appear in Gallatin County on charges of Partner Family Assault, Causing Bodily Injury, Unlawful Restraint, Contempt and is now considered an active fugitive from justice and wanted by Central Montana Bail Bonds Belgrade bail office, Belgrade Police Department, Gallatin County Sheriff and possibly other authorities. Caleb Clements wanted and may be in hiding at certain locations in and around Belgrade, MT. We also have information that Clements has fled to California. Clements may also be wanted for additional warrants in other jurisdictions.
END_OF_DOCUMENT_TOKEN_TO_BE_REPLACED