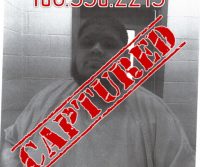 Jorge Reding captured 11/24/2021 by the nations best bounty hunters. Reding was picked up in Ogden Utah and transported to Montana to face his charges.
Jorge Reding CAPTURED in Glendive, Montana for FELONY DRUG CHARGES with INTENT TO DISTRIBUTE (Fentanyl) and Failure to Appear in Dawson County Justice Court and is now considered an active fugitive from justice. Wanted by Central Montana Bail Bonds Glendive bail office, Glendive Police Department, Dawson County Sheriff and possibly other authorities in Montana. Jorge Reding wanted and may be in hiding in Bakersfield, California, Clearfield, Utah or Ogden, Utah. Reding may also be wanted for additional warrants in other jurisdictions, unknown at this time.
END_OF_DOCUMENT_TOKEN_TO_BE_REPLACED